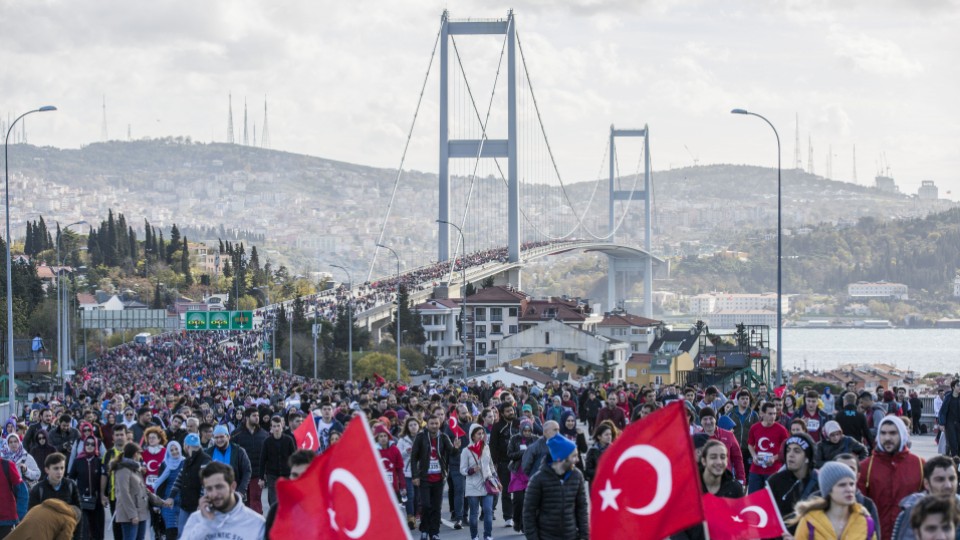 Thousands of people in Istanbul participated in a marathon on Sunday, where they walked and ran in honour of those who had sacrificed their lives resisting Turkey's July 15 coup attempt.

The transcontinental marathon from Asia to Europe hosted 90 elite athletes including 28 of Turkey's top runners, as well as thousands of others who were willing to challenge themselves by running 42 kilometres (26 miles).

A starter pistol was not used to start the race, to show respect for the hundreds of martyrs killed in the deadly coup attempt. Over 240 people died and almost 2,200 others were injured during the events of the coup.

Sports Minister Kilic said, "Our people are together. Those who have different opinions and favour different political parties are in unity." 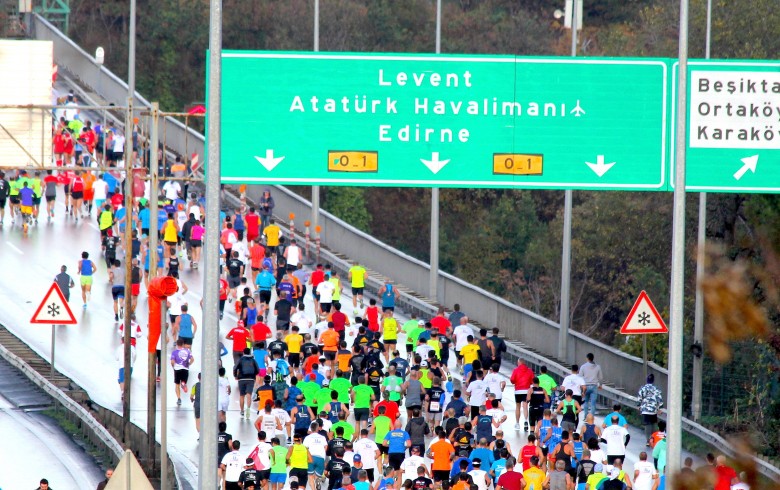 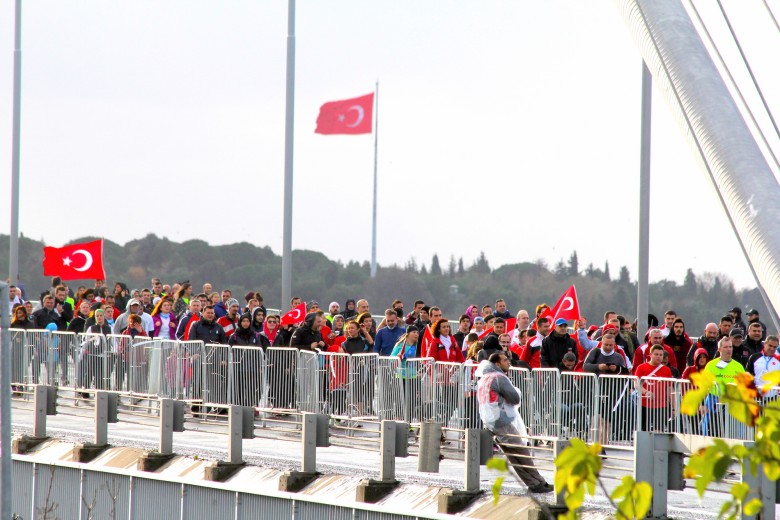