In 2014, Turkey’s exports reached an all-time high; hitting approximately USD 157.6 billion, with an increase of 4 percent.

Due to the implementation of the liberalization process since the 1980s, the Turkish economy has experienced a period of substantial growth. Foreign trade, in respect of both exports and imports, has grown rapidly and notable changes in the structure of exports have been observed. In this regard, industrial products have gained prominence over agricultural products.

Turkey became a member of the World Trade Organization (WTO) in 1995. Following this move, it finalized an agreement with the European Union, enabling it to join the Customs Union on January 1, 1996

In line with the policies implemented as part of the export-led development model followed since 1980, exportation has become important to Turkey in both qualitative and quantitative terms.

Starting in particular in 1980 and continuing up to the mid-1990s, significant developments have been observed in the market share held by labor-intensive industrial products such as textiles and clothing, iron and steel, and foodstuffs.

In 1996, following the establishment of a Customs Union with the European Union, Turkey's exports entered a new structural transformation process. Developments in recent years show that production and exportation have increased substantially in high-technology sectors, where goods include electrical and electronic machinery and equipment, as well as in the automotive industry. In this respect, it can also be observed that the export market share of manufactured industrial products has increased. 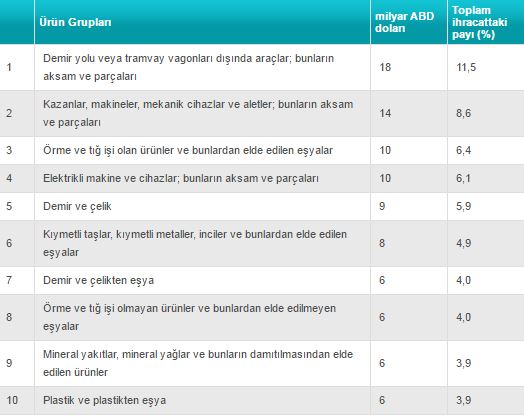 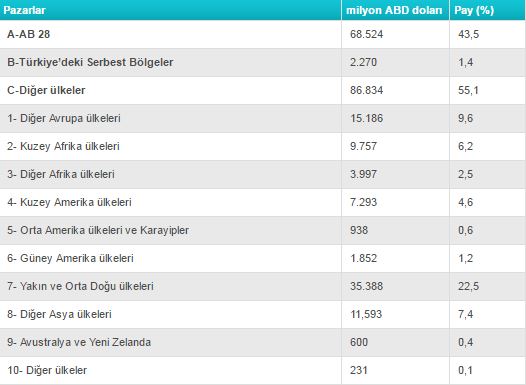 The Turkish import regime highlights the liberalization of Turkish imports in line with its commitment to complete the Customs Union with the EU, its relationship with EFTA, and its obligations under the World Trade Organization (WTO). Turkey has placed special emphasis on its commitment to reduce customs duties in order to align itself with the Common Customs Tariff. Turkey has made some necessary modifications to its import regime, and by January 1, 1996 the Customs Union with the EU became effective.

The basic aims of Turkey’s import policy since the early 1980s can be summarized as follows: