​​Thanks to the reforms implemented, achievements in the macroeconomic field, improvements in the investment environment, rising productivity in business life, and the reduction of costs and proc​essing times, Turkey has jumped up 10 places to 33rd in the World Bank's Doing Business 2020 report.

Commenting on the report, Turkish Vice President Fuat Oktay said that Turkey's primary target is to rank in the top-20 of the index.

Referring to the Ease of ​Doing Business Reform Workgroup led by the Ministry of Treasury and Finance, Minister Berat Albayrak also said that Turkey will proceed with the continuous reform process and will pursue its activities to improve the investment environment in the fields of company establishment, tax payments, and foreign trade. “In particular, by further reducing costs and increasing productivity in business life, we will raise the investment climate in Turkey to the highest level," said Albayrak.

Investment Office President Arda Ermut said, “Turkey has jumped up 10 places and ranked 33rd in the World Bank's Doing Business 2020 report. This remarkable increase serves as a reference for Turkey's investment potential. Turkey attaches great importance to FDI for its economic development. We believe that four of the main reasons to invest in Turkey include the ongoing successful economic reforms to support the inward investment proposition, having unique and strong market fundamentals, being an international hub for key sectors, and benefiting from a modern economy supported by a young and educated population."

Reference: Presidency of The Republic of Turkey Investment Office 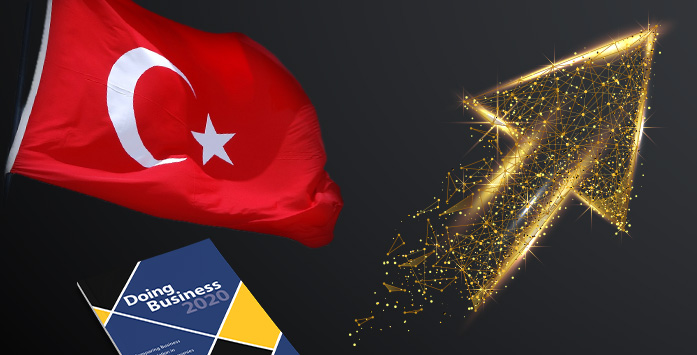